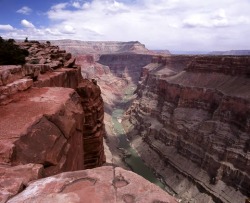 We leave Las Vegas in our RV on June 21st and head fo the Grand Canyon North Rim.
The Grand Canyon is immense. The crevice is a mile deep and over 275 miles long. The park encompasses over 1,200,000 acres, and it is 10 miles wide in many sections. The 6 million year old Grand Canyon is made up of buttes, plateaus and mesas that cover two billion year old igneous and metamorphic rock. This Northern Arizona national park has earned its rightful place as one of the "seven wonders of the world." As one of our most popular national parks, the Grand Canyon is host to about four million local and international visitors each year. Due to the remote location of the North Rim, only a tenth of those visitors will see this magnificent section of the park.
The drive to the grand canyon was interesting 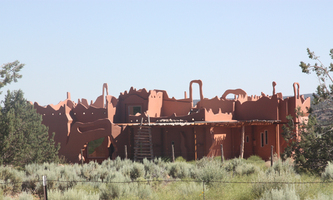 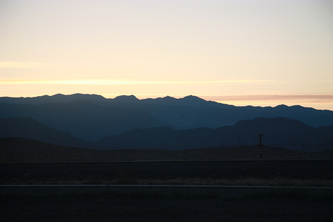 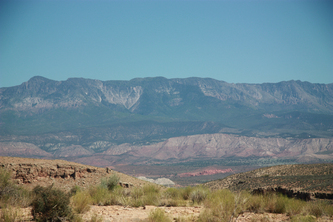 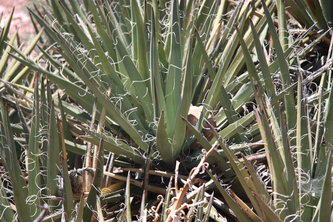 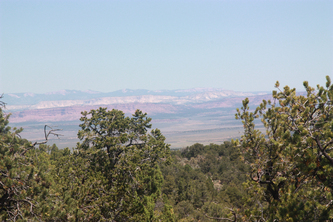 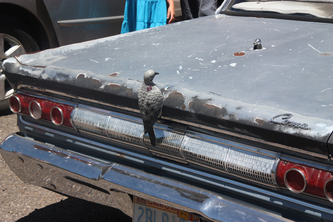 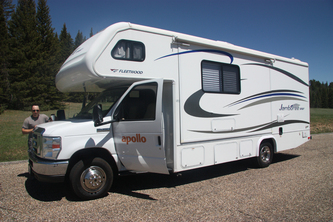 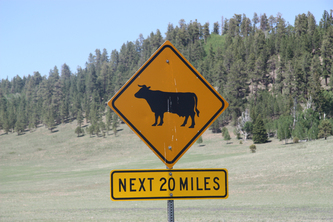 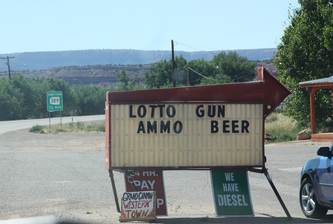 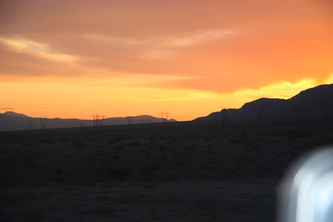 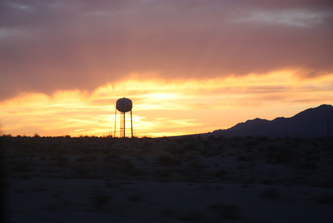 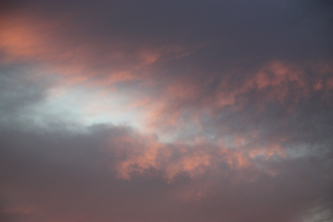 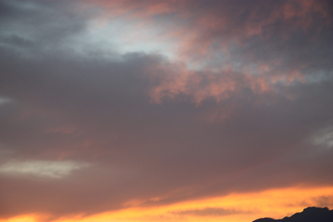 The hectic world seems to hold still as the sun gently peeks over the Colorado Plateau, lighting and warming the ancient rocks of the canyon. The sparkle of limestone is dazzling, as the sun reaches out to touch it. Scorching rays dive deep to the Colorado River forcing a glow seen from a safe perch on the rim. At the North Rim the more eroded and sloping walls give a magnificent view of the river below. An emerald green glow shimmers as raging white water bursts with energy from the Unkar Delta. The air is brisk and fresh at the North Rim of the Grand Canyon and the views, trails and tours are as exhilarating as the clean air. The North Rim is 1000' higher than the South Rim, resulting in cooler temperatures, a different environment and a lush forest. This natural wonder is a more remote section of the Grand Canyon, located in Northern Arizona, near Southern Utah's border and is a definite must see. 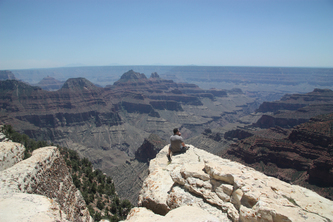 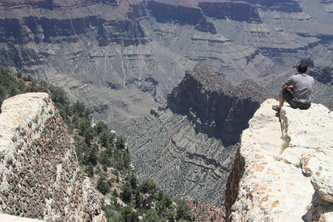 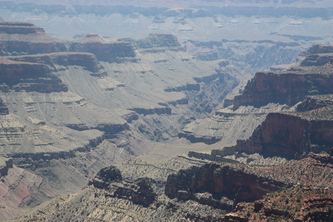 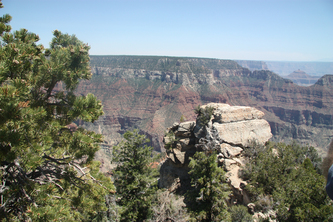 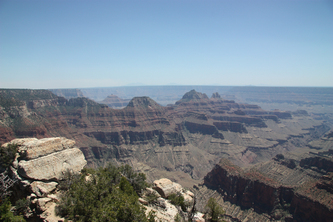 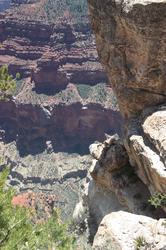 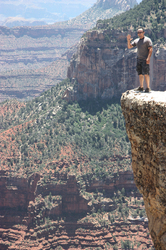 PICTURES 1-3 ARE OF THE FAULT ......the following is some information about faults

Earthquakes can be minor quakes or major seismic disruptions, depending on the magnitude. The location of the epicenter where the earthquake originates can depend on the relationship of two tectonic plates. The plates are giant slabs of the earth's crust, moving slowly due to the convection of the magma in the earth's mantle.

Earthquakes happen when the interior of the earth releases energy and moves the earth's crust, or plates. The energy can be absorbed by fractures already in the land, thus diminishing the impact of the quake, or it can be felt for hundreds of miles from the epicenter. Sometimes, the release of energy can be huge, if it has been built up over centuries in a locked segment of a fault line.
The zone between two tectonic plates that are rubbing against each other horizontally is called a transform-fault boundary, or transform boundary. While most of these boundaries are found in the ocean floor connecting divergent or convergent plate boundaries, the San Andreas Fault line is found on land in California.

The San Andreas Fault, a 1,300 km fault line, is caused by the Pacific plate grinding past the North American plate at the rate of about 5 cm per year. This transform boundary connects two divergent boundaries: the East Pacific Rise to the south with the South Gorda - Juan de Fuca - Explorer Ridge to the north.

A 430 km-long locked segment of the San Andreas fault that had stored a tremendous amount of energy built up over time erupted in 1906 causing the devastating Great San Francisco Earthquake of 8.3-magnitude. Another example of this stored energy phenomenon is the more recent Loma Prieta 7.1 magnitude earthquake of 1989.

DRIVING OUT OF THE NORTH RIM 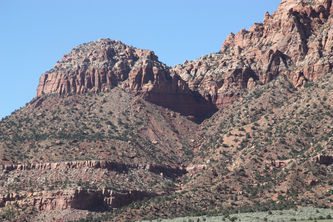 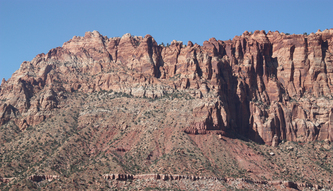 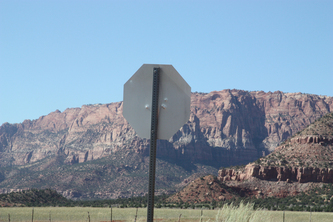 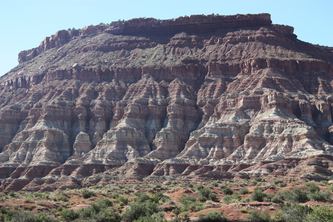 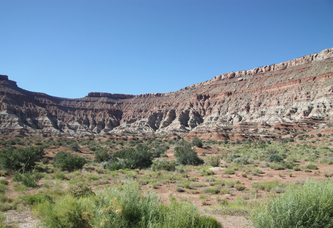 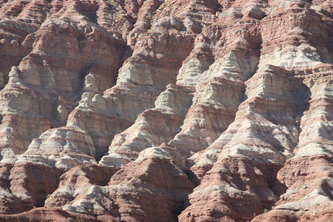 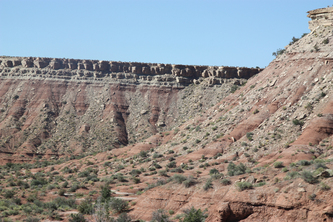 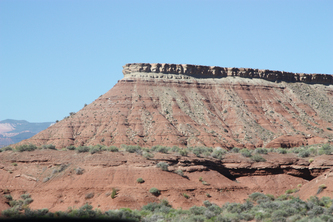 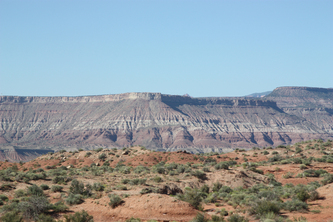 In geology and related fields, a stratum (plural: strata) is a layer of rock or soil with internally consistent characteristics that distinguishes it from contiguous layers. Each layer is generally one of a number of parallel layers that lie one upon another, laid down by natural forces. They may extend over hundreds of thousands of square kilometers of the Earth's surface. Strata are typically seen as bands of different colored or differently structured material exposed in cliffs, road cuts, quarries, and river banks. Individual bands may vary in thickness from a few millimeters to a kilometer or more. Each band represents a specific mode of deposition—river silt, beach sand, coal swamp, sand dune, lava bed, etc.

Geologists study rock strata and categorize them by the material in the beds. Each distinct layer is usually assigned to a "formation" name usually based on a town, river, mountain, or region where the formation is exposed and available for study. For example, the Burgess Shale is a thick exposure of dark, occasionally fossiliferous, shale exposed high in the Canadian Rockies near Burgess Pass. Slight distinctions in material in a formation may be described as "members" or sometimes "beds." Formations are collected into "groups." Groups may be collected into "supergroups."